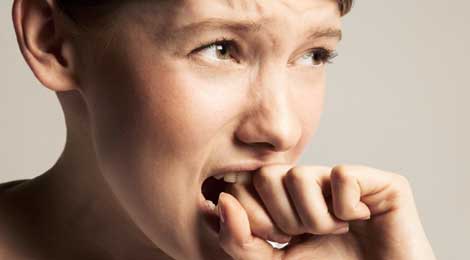 Repeated panic attacks make life difficult for a person experiencing these conditions. And, although they are not a direct threat to life, the consequences for the social and psychological spheres of a patient’s life can be very significant.

The division of panic attacks in severity:

Clinical and pathogenetic classification of crises in the VSD

Pathology is characterized by manifestations of panic anxiety, chills, lack of air, numbness of the extremities, lips and tongue, tachycardia (heart palpitations), a feeling of pain in the heart, tinnitus, visual impairment.

Conducting the examination, the doctor notes: piloerection (the appearance of “goosebumps”), tremor (tremor) of the lips, hands and eyelids, a small rise in body temperature, as well as some increase in blood pressure.

The attack can stop unexpectedly, accompanied by abundant urination (the urine is light and has a low relative density). Often, the exit period can be delayed for several hours or even days, accompanied by severe asthenia.

Do not confuse a sympathetic adrenal crisis with the term adrenal crisis. The latter is manifested in Addison’s disease (as a manifestation of acute insufficiency of the adrenal cortical zone).

In fact, is a form of hysterical attack.

It can be attributed to one of the subspecies of a vagal-insular crisis, but with a predominance in the clinical picture of symptoms similar to the manifestation of an adissonic (adrenal) crisis. These include: low blood pressure, nausea, weakness, weakness, pain in the abdomen, upset stomach.

Associated with the manifestation of an acute disorder of the tone of various vessels of the spinal cord. It is characterized by very sharp, paroxysmal cephalalgia (headaches), perhaps a slight increase in blood pressure.

Panic attacks are often combined with agoraphobia (fear of being in public places). In this variant, the panic attack is considered to be the cause of agoraphobia.

First of all, it is important to understand the manifestations of panic attacks – in most cases it is the reaction of the body’s physics to accumulated stress. Not all people accumulated stress gives such a result. There are people with a less stable nervous system that ultimately fails. For some people, such a failure ends with just such a manifestation.

Based on the knowledge that antidepressants cause a change in the activity of norepinephrine and serotonin (mediators that facilitate the transfer of signals between neurons in the brain), it has been suggested that panic attacks can be caused by anomalous activity of these substances. The results of treatment with antidepressants give an improvement in 80% of cases, in 40% of patients there is a significant improvement or full recovery. In this case, the improvement persists up to 4 years or more. But, in many situations, the use of drugs alone is not enough. The most effective is its simultaneous combination with the help of a qualified hypnotherapist.

Why can a person develop similar neuroses?

In accordance with the cognitive theory, autonomic-vascular crises are more susceptible to people with an increased level of anxiety sensitivity, which is determined by conducting special (biological) tests by a doctor. This is a special procedure used to induce panic attacks in patients, by fulfilling certain requirements, directly under the control of a psychotherapist.

Factors contributing to the development of autonomic crises

VSD with panic attacks very often develops from asymptomatic or mild course. Therefore, the presence of any of the above factors is a reason to pay more attention to your health:

However, the presence of a background condition of the disease can not be the only reason for the development of the crisis. This requires additional factors that serve as a catalyst. Such catalysts can be: mental and physical fatigue, stress, surgery, the effects of drugs, severe forms of infectious diseases.

Symptoms accompanying the sympatho-adrenal crisis are directly related to the release of too much adrenaline.

Sympatho-adrenal crisis refers to the hypertensive type of the course of the VSD and is accompanied by a sudden increase in blood pressure, up to 140 mm Hg. Its name (sympatho-adrenal) is similar to the name of the crisis occurring in Addison’s disease – adrenal crisis, the symptoms of which are similar to the manifestations of a pseudo-adissonic attack, which is always taken into account when making a diagnosis. For comparison, the following is a list of the symptoms of adrenal crisis:

But unlike the adrenal crisis associated with acute insufficiency of the adrenal glands and sometimes resulting in the death of the patient, the sympathetic-adrenal crisis does not pose a direct threat to human life. And at the end of the attack, his symptoms disappear.

To make a correct diagnosis in autonomic-vascular crises, it is necessary to act by excluding clinical phantoms, such as:

In psychoneurology, autonomic-vascular crisis and panic attack are considered synonymous. According to the American DSM-IV system, the diagnosis of panic attack is considered established when at least 4 panic attacks occur during 4 weeks and the fear of recurrence occurs.

Independently distinguish in oneself the manifestation of an attack of the VSD from the above diseases can be based on:

What to do in a panic attack?

For the first time a panic attack is occurring is a heavy shock for anyone. In order to get out of the repetition of such a state with the least loss and not expect it with a feeling of growing horror (thus only accelerating its onset), it is necessary to carefully prepare for it.

First of all – analyze the conditions accompanying the manifestation of the crisis (change of weather, stuffy room, etc.). Try to exclude them or, if the exception is impossible, take countermeasures (air the room, take water with you in hot weather and wear a hat).

If the attack did start, try to sit down, and even better to lie down, get distracted and calm down. It helps the understanding that there is no threat to life. Try to breathe evenly and deeply.

And the most effective way – ask for help from a psychotherapist. In the worst case, if there is no complete recovery, then, in any case, the state will improve qualitatively. And in the best – a new, full-fledged perception of life.

First of all, in order to approach the successful treatment of this disorder, it is necessary to understand the logic of its development.

For example, if you completely disassemble the chain reaction of the sympatho-adrenal crisis (the most severe manifestation of PA), then we begin to understand that a failure in the sympathetic section of the autonomic nervous system (activation) leads to the release of adrenaline into the blood. The patient feels a physiological response to an increase in adrenaline. It can be a jump in pressure and heart rate, it can be a sensation of boiling blood, internal tremor, numbness of the left hand, pain on the nerve endings of the whole body, severe dizziness and darkening of the eyes. The psychological reaction to these bodily sensations is the panic attack, that is, the panic attack. He reacts to these sensations with panic, because he does not know what to expect. Such a reaction is fixed and begins to be associated with certain places in the space: shop, cinema, metro, elevator. Over time, the safety zone shrinks to his room, and he gets all the signs of agoraphobia. The primary reaction of the nervous system is fixed on either run or   hide and the patient first of all tries to suppress (escape from) bodily sensations. It seems to him that if he does not suppress bodily sensations, he will die.

Running away, he does not cope with fear. That fear will then include bodily sensations. That is, if body sensations included fear in the initial stages of PA, then in fixed cases (after several years of frustration), just the opposite happens; fear or even the thought of the possibility of a PA at some point in space involves body sensations.

Cognitive behavioral therapy along with tranquilizers and hypnotherapy helps to work with fear. Taking fear under control and transforming it into a feeling of excitement (“Wow …!”), Allows you to reduce the intensity of the PA to fear, to anxiety, to anxiety and, finally, just a little excitement. Body sensations will remain for some time, but without feeding with fear they will also begin to fade and soon disappear. Physiologically speaking, without fear, the parasympathetic division of the autonomic nervous system will turn on faster, neutralizing the adrenal ejection and bodily effects associated with it.

Hypnotherapy determines the initial period of stress factors / psychotrauma and removes the emotional charge from it (accompanying emotional state). With a successful and complete removal of the emotional charge, the intensity of panic attacks decreases and with parallel drug-aparate (TES-therapy) treatment, complete healing is possible over a period of eight to 14 months.

Scientists were inclined to believe that the very essence of the syndrome of panic disorder boils down to the fact that the patient had previously experienced fear of panic experience, which arose because of some kind of emotional trauma.

There are two groups of patients. Representatives of the first group during the sessions focused on the details of panic attacks and their sensations, and after completing the course of psychotherapy, they experienced significant relief and a feeling of relaxation. Other patients felt powerful associations that led them to memories, sometimes repeated over and over from childhood. Most often, such retrospectives were associated with a feeling of helplessness, loneliness and distrust. When the identified childhood injuries were worked through hypnotherapy, the patient’s painful feelings and beliefs changed. As a result, the psychological conflict and imbalance that grew up on the basis of old emotional trauma was resolved.