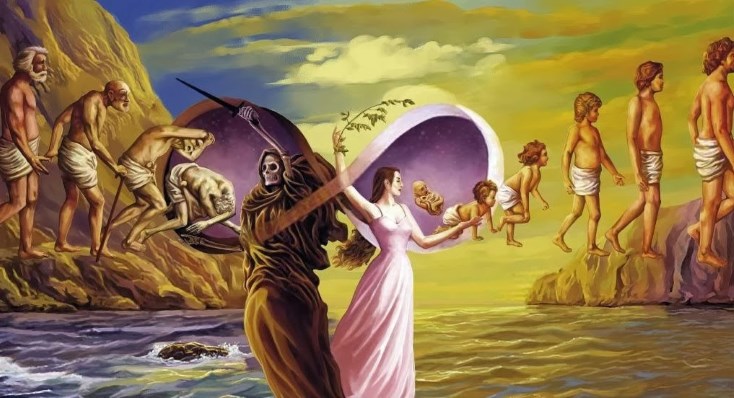 How often do you try to remember something and can not do it? Sometimes you forget where important documents or values were put, you try to remember the chronology of events – all of it may be really restored in memory. People often come to us with a request to restore forgotten information. To restore the information, a consistent and step-by-step return to the past is needed for the event that person wants to remember. That’s where regressive hypnosis is used.

The word “regression” means “back.” Speaking about regressive hypnosis, we mean the return to the past and the restoration of the memory. The procedure is important not only for recreating information, but also situations or events from different periods of time. Often, this practice is used in psychotherapy to identify childhood psychotrauma and to restore the memory of ETE (Emotionally Traumatic Experience).

There are special techniques that relieve the emotional charge from the event and atypical imprinting (engram) (see “Where the symptoms come from” – author’s note) ceases to respond to stressors.

Engram is a firm trace left by an emotional impression in the cerebral cortex and constituting the basis of ETE.

Making the regressive hypnosis, the effect of healing or even some rejuvenation is possible. For example, a 50-year-old man with rheumatoid arthritis achieves full involvement in the events of the past at the age of 20-25 years – at that time in his life when he was completely healthy. His nervous system reacts to the restored memory of thirty years ago, as a momentary reality (with full involvement to his own feelings of that time) and his brain simply “forgets” that the autoimmune process has already been launched. There is a complete reprogramming of hematological factors, what may completely restore immune processes itself.

A separate topic of conversation may be genetic memory. Let’s see what it is. Russian physiologist Ivan Pavlov more than 100 years ago assumed that descendants inherit the emotional experience of their fathers, grandfathers, great-grandfathers, which was associated with pain and stress. However, until recently, there was no scientific confirmation of this.

Speaking about genetic memory, the memory of life experience is is usually meant, this memory is transmitted to us from our parents, grandmothers, grandfathers and older ancestors. Until recently, this was only a hypothesis. This concept explained to psychologists such phenomena as unreasonable phobias – for example, a three-year-old child panically fears water and experiences panic attacks every time his parents take him to swim in any water bodies. There are also feelings of unreasonable psychosomatic malfunction in the respiratory process – in this case, the great-grandfather had the experience of the gas chamber. In the trance state, the patient told details that he could not know. Such details can not be read either in books or in films.

Nature Neuroscience published an article by Kerry Ressler and Bryan Lias (2013) (Emory University, Atlanta, USA) that stress factors that affected parents change the genetic activity of their children through chemical modification of DNA. In the experiments of the authors, the mouse parents passed on the memory of the smell to their offspring, which was unpleasant to them. That is, they passed on to their children the gene that made them, the children, not bear smells that were unpleasant to their parents. The gene of intolerance to an unpleasant odor was transmitted through the males, even if the contacts of offspring and parents were excluded. The odor rejection gene was activated not only in the first offspring, but also in subsequent.

This experiment proved that stressful information, namely, an emotional reaction to a stress factor, is encoded by a biochemical method in DNA and then transmitted to the offspring through DNA incorporation into the sex cells of males, and not females, because spermatogenesis occurs throughout their life, and females already have a full set of eggs.

There are all the reasons to think that the same situation happens to people. At this stage of epigenetics, scientists think that at a time when a human embryo develops from a unicellular to a multicellular organism, it sees dreams. These dreams are emotionally charged with information, based on the experience of his ancestors on the paternal lineage. As the child develops, its active part of consciousness is filled with attitudes and programs, in which there are certain protective mechanisms. They limit the new consciousness, but at the same time protect it from a split personality. Hereditary memory or the memory of the generation can be visualized during hypnosis or deep meditation, when the protective mechanisms of the active compound consciousness are weakened. Another thing is that many people accept this visual experience as the experience of the Soul. Regressive hypnosis and the process of Soul memory activation

The memory of the Soul is quite another matter. This type of memory does not depend on DNA, so it is not in the cells of the biological organism, nor in the subconscious. In order to understand the location of the memory of the Soul, one must not only accept knowledge of what the Soul of a person is, but also clearly understand its functionality.

Naturally, in our World there are no technologies to scientifically confirm the existence of the Soul, and the multidimensionality, as well as the significance of this concept in ancient and modern esotericism, is only confused. It is worth asking the numerous “connoisseurs” of esoteric concepts: “How do they know what they are talking about?” It is important to understand that their information is just the opinion of strangers that they learned from some sources (internet, books, etc.).

Considering all that was said, I decided to follow a different path. Having experience with Indigo children and learning that their peculiarity lies in the innate tendency to synchronize both hemispheres of the brain with the result of being able to perceive a wider range of visual information (including manifestations of subtle energy), I started working with a group of young people who showed such addictions. We saw the following scenario…

Immediately after birth, a formless white-blue haze emerged from the wall. She hung over the child and immediately after the baby`s first scream, eight energetic formations emerged from her, seven of which immediately positioned themselves vertically in front of the child and “flattened” into a disk. Some of the discs started to rotate clockwise, some – against. We realized that this is the chakra. Notice that there were seven of them, not 24 or 14, as different esoteric sources say. The eighth energy formation, which most likely resembled a small star, penetrated the child’s head and entered the epiphysis. We called this formation Point “I AM”. Most likely, Point “I AM” performs the function of an intermediary between the Soul and the Body and is a point of self-realization. What remained of the nebula was formed into an ideal sphere and moved 40-45 cm directly above the child’s head. We called this sphere the Higher Self. Between the Higher Self and the Point “I AM”, immediately a channel was formed, and a dazzling white energy began to pass through it, edged with a purple “ribbon”. As we understood, white energy is the Energy of Love, and purple edging is information from Chronicles Akash.

As we understand, within seven days the chakras formed seven layers of the energy body, although visually we did not see it. Hence the whole Soul is more a conglomeration of the Higher Self, Point “I AM”, chakras and the energy field of person. The soul does not have any definite position in the body, it is not in the head or in the chest. It rather represents something in common with the body, its integral part.

Most likely, it is this purple edging in the Energoinformational Channel that gives fragments of memory of emotional states of past incarnations. It happens when we sleep, or we are in a deep trance state or when we meditate.

The process of activating the Soul memory helps to restore the memory that was blocked from birth. Activating the Energy Information Channel and entering the level of conscious awareness of the fragments of the forcibly forgotten experience, we go beyond the limits of existence as biological robots and get on the path of the spiritual base of our predestination. Author’s elaboration and the main difference from Newton’s method is in follows:

Not always the process of moving of the Point “I AM” beyond the epiphysis, beyond the head is successful because of some emotional blocks of the client. In this case, we invite the Seer and with his help we use the so-called integrative approach.

Using of an integrative approach, the Seer is connected to the process, and he moves the Point “I AM” to the energy information channel of the Client in the way of the information flow. Seer, and not the Client, gives information, answering the questions of the hypnologist.

The process consists of four stages:

The first stage is only physiological – the achievement of physiological relaxation at a sufficiently deep level, and, of course, a deep level of trance immersion. We have achieved predictable results in this stage.

At the level of Superconsciousness, material time ceases to be relevant, and the hypnologist can open the spatial structure – the tunnel. Passing through it creates a phenomenon of recollection of past lives.

The third stage of the process is the restoration of the self-identity memory in relation to the external environment of that past life that is actualized at this stage of the process. This is evident from the dialogue between the hypnologist and the Client, who is in a trance state, but does not sleep. The final point of this stage is the experience of physical death with the exit from the body of something we call the soul.

During the fourth stage, the Client’s consciousness is transferred to the energy-information formation with full self-awareness – this is the Soul. Then the dialogue continues with the Soul, not with the material shell. At this stage, the Soul tells its impressions, passing through the stages of the Spiritual world. It is here where we meet with our guides, mentors and loved ones. It is here where the restoration of the true memory of the Soul begins with full awareness, understanding and acceptance of our experience.

Now there are many studies about the differences between the memory of the Genus (genetic memory) and the memory of the Soul (spiritual experience). Human DNA contains Rod information. The Akashic records contain all the experience of the Soul transmitted to the Higher Self, and from the Higher Self through the Energy Information Channel to the Point “I AM”. The point “I AM” is located in our epiphysis or pineal body.

The method of sensorimotor psychosynthesis is our author’s method of entering into a trance state. This method creates access to our spiritual source – the Higher Self and through it to the Akashic records of the object.
This is the main difference of our author’s method from the method of M. Newton, tested on more than 700 clients during the past few years.

Would you like to attend a session of regressive hypnosis? Contact us and we will help you.