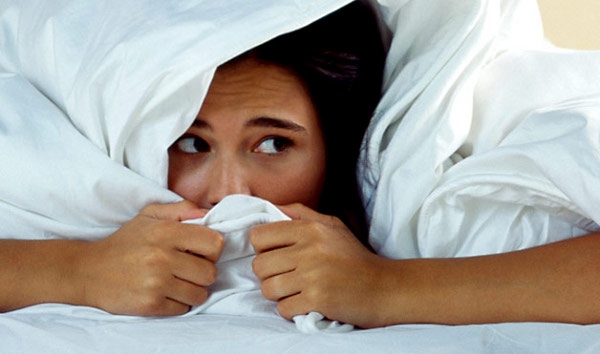 Few of people suffering from panic attacks think of this disorder as a physiological disease. They rather see it more as a psychological disorder. However, this disorder also has a physiological (somatic) basis.
If the sympathetic department of the autonomic nervous system reacts to a real or fictitious threat to the life of the body, then the adrenaline rushes into the blood. It causes a series of somatic symptoms, such as: dizziness or lightheadedness, difficulty breathing or a feeling of lack of air, unsteadiness or staggering when walking, fast heart beating, chest pain or a feeling of pressure in the chest, tingling or numbness in various parts of the body, nausea, jumps in pressure, a sense of strangeness or unreality of what is happening, the fear of death, the fear of going insane or losing self-control. The last three symptoms are purely psychological. They arise, as a result of somatic sensations. Fear becomes a panic. Hence the name of the disorder – “Panic Attack“. Attack of panic occurs as a psychological reaction to sudden, strange and unreasonable bodily sensations.

So, at first the bodily sensations occur, then – the panic attack. After a few years of the same reaction, they change places. In the beginning – the psychological factor, then the reaction of the body. That is, just one thought that causes fear (“What if the PA starts now, in the store, in the metro, in the pedestrian crossing, etc.?”), which develops into a panic attack, followed by a number of bodily symptoms.

For simplicity of understanding, I will remind school anatomy and physiology. Autonomous or autonomic nervous system is divided into two departments: sympathetic and parasympathetic. The sympathetic department is responsible for excitement, activity, reactions and thought processes. The parasympathetic department is responsible for rest, tranquility. A healthy organism changes activity for rest and again for activity and again for rest: these are so-called circadian rhythms.

And then the person feels inexplicable, strange and even menacing symptoms. There is fear, which grows and turns into panic.

Here is the story of one patient:

“When I was about four years old, my parents rented a room in a private house near the places of their work and service. In the house there lived a few more families with children of about my age. We often played together and did not pay attention to the calls of our parents to go home, wash our hands and eat or sleep … But neighbors to such behavior of their children were calm: “If they want to eat or sleep – they will come running themselves.” My parents, as I now understand, couldn’t understand this attitude to children and it was considered as a bad example for me. And then one day they decided to teach me a lesson.

One day when I came home (I was about 4) and pulled the door to the room where we lived, it was locked. I began to knock, at first quietly, then more and more. It was not opened, although I heard the parents were talking about something inside. I still did not worry, but I began to knock even more strongly, thinking that I was simply not heard. No answer. Then I began to think: “Did anything happen to them?” I ran outside and looked into the room through the window. No, they were talking calmly inside.

Then I was really worried. What’s wrong? I returned to the door and with all my strength began to kick the door with my feet, trying to make my parents hear me. After about ten or fifteen minutes, when my strength was running out and I started to cry, the door opened. The father looked out into the small gap and rudely asked who I was and why I break the door, because all of their family was inside. Then he turned to the mother and asked: “Is the son at home?” My mother’s answer was positive, he told me to get out and threatened to call the police if I keep bating the door. And he closed the door in front of me, snapping the lock.

It seemed to me that I was going crazy, that the world turned upside down. My mom was the last hope. I began to beat the door and call her, and ask her to let me in.

When I was practically exhausted, my mother opened the door with an absolutely empty face and indifferent eyes, brutally and rudely scolded me and told me to go to my parents, because her son and husband were at home and she does not know me.  I became really scared. I started to shake, and I, choking with tears, began to ask her to look at me carefully, because it’s me, her son. In response, I heard: “Go away, boy, this is not your house, and I’m not your mother.” I fell on my knees in front of her, and then, slipped inside, without getting up from my knees, slipped into the room where I hid behind the sofa near my toys. Father turned off the light in the room and told the mother that a strange boy had run inside and should be found and thrown out into the street. They walked around the room, pretending to be looking for me, coming closer and closer to the place where I was hiding. I was afraid to breathe and when they were literally a step away from me, I could not stand it and rushed to my mother with screams: “Mom, it’s me, your son!” At that moment, something inside of me changed and I dont remember what was further.

According to what my mother told, I was sobbing, shaking and could not really say anything. And to calm me, she had to give me some drops.

The next day I was explained how to understand the time on the dial of the watch and said that they would not call me home again, and if I am not at home by the certain time, the doors would be closed, this time for ever.

Since then when my parents heard from someone that somebody’s children did not come home on time or even escaped from home, they only smiled meaningfully at each other.

I began to come home on time and report clearly after my return where I was and what I was doing, what apparently was the subject of my parent`s pride.

Since that time I was afraid of the darkness for a long time and could not enter the room without light, I had constant hysterics when parents went out of the house and did not take me with them, but the worst thing was that I acquired an inescapable habit of trying to get closer with people who have driven me away, offending, and even humiliating. Especially it was manifested in adolescence and adulthood, when I began to try to build relationships with women. In addition, later I began to break down in situations where it would be necessary to show will and insist on my own, and any conflict, especially physical with my peers on the street, resulted in my fear and inability to do something in my defense.

Nevertheless, I socialized, successfully graduated from high school and university. I practiced a lot. I became a military man and, without any serious patronage, reached the maximum in this career, became a senior officer. And this is very much. But all this was a continuous chain of overcoming and was not done thanks to, but in spite of. In spite of my acquired reactions to the world around me.

The cruel and unjustified treatment of parents to their little child caused a whole chain of situations with a direct hint at the act of alienation, which indirectly threatened survival. It provoked an excessive reaction of the nervous system to external threats, which ultimately created a syndrome of vegetovascular dystonia.

Over time, this experience turned into a subconscious program with elements of painful attachments, reaction to darkness, difficulties in protecting own opinion and paralyzing fear during a physical conflict. At the age of forty this patient experienced the beginninf of the sympathoadrenal crisis, the most severe form of panic attack, and his “life became like hell”. Only the extraordinary perseverance and quality of the best specialists in this field could stop his panic attacks.

Many people who do not have the opportunity to find the right specialists develop agoraphobia and remain closed in their limited space for years, if not decades.

The development of agoraphobia, as a consequence of panic attacks The number of such places increases with time, and the sufferer gradually limits the space free from these experiences. There is a constant anxiety between attacks, and the avoidance of those places or situations in which he had attacks becomes permanent. For example, a young man (32 years old) on an offer to walk around the park in the afternoon reacts with the question: “Will there be many people there?” One thought about it makes him abandon this idea. Such constant anxiety leads to fears of making plans, traveling far from the place of residence (vacation) and even going to the store for shopping. It can spread to unfamiliar places. The consequences for social and family life can become serious.

In addition, from Y. Medvin Hypnotherapy achieves good results. However, in some cases it is necessary to be patient, since relief of the condition cannot occur immediately and only after three to four cycles of hypnotherapy. The key is to teach the patient the skills of auto-regulation of emotional states, which are carried out according to the author’s method in SRI ProP Intec. The patient, acquiring the skills of activation of this special condition, learns to overcome the somatic sensations, thereby acquiring control over the fear itself. In the beginning the fear passes away, and after a while and bodily sensations disappear too.

For more information about hypnotherapy and therapeutic hypnosis, read here.

Also, we recommend to read one more article about panic attacks.