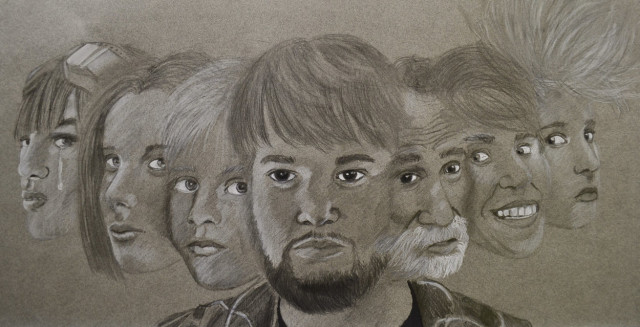 Dissociative disorders include memory disorders, self-awareness, self-identification and perception. Symptoms can affect overall functionality when one or more psychological functions are impaired. The main characteristic of this type of disorder is the violation of integrated functions of consciousness, memory, identity or perception of the external environment. Symptoms may develop suddenly, gradually, or become chronic (DSM-IV, 519). The following subcategories  are included in this disorder: Treatment of dissociative amnesia. This disorder is associated with memory disorders. There are several types of amnesia, such as retrograde amnesia, retrospective amnesia, and others. Short-acting barbiturates such as thiopental (Pentothal), intravenous sodium amobarbital, and benzodiazepines can be used to help patients relax enough and restore their forgotten memories. Hypnotherapeutic techniques can be used primarily as a means of restoring repressive events or factual information [Maldonaldo JR, Butler LD, Spiegel D 1997].

Treatment of dissociative fugues. This disorder is associated with the loss of both memory and disorientation in space. For example, when a patient leaves his residence and instantly forgets where he came from, where he goes, his name, personal details, important aspects of his identity, family, occupation, etc. Some patients come up with a new identity, a new type of activity, a new family with names, details, etc. A more detailed survey of such patients reveals the absence of important details. Serious inconsistencies are often present. The treatment of dissociative fugue is similar to the treatment of amnesia with the difference that hypnotherapy protocols are used to restore true personality characteristics and details of life conditions. The techniques of regressive hypnosis can be used, in which the consciousness of the client is transferred to those temporary periods in which it is possible to establish the true events of their life [Spiegal D et al. 1978 and 1987] Treatment of dissociative identity disorder (split personality). One of the main characteristics of this disorder is that the patient has two or more different personalities, each of which determines the behavior and attitude to the external environment during the period when it is dominant. The other person (or the patient himself) does not remember the events that occurred with the first person. The situation can be considerably more complicated when there are several different personalities.

This disorder is most common in the age range from late adolescence up to 30 years of age, although patients usually have had severe symptoms anywhere from 5 to 10 years before diagnosis. Some studies have shown that this disorder is more common in the patient’s biological relatives than in the general population, this indicates that there is a genetic predisposition to the disorder. Dissociative disorders often coexist with other mental disorders, including anxiety disorders, affective disorders, somatoform disorders, sexual dysfunctions, sleep disorders and post-traumatic stress disorders. [Boone S, Drajier N 1993]. Varma et al. (1981) suggested that the high prevalence of this disorder in the West may be associated with social approval (or disapproval) of role-playing games, while the higher prevalence of disorder in India may be associated with religious belief in polytheism and reincarnation. On the other hand, Adityanjee (1989) discussed the possibility in most cases of multiple personality disorder in India with a diagnosis of obsession syndrome.

The most effective approaches to this pathology include an understanding of client-oriented psychotherapy, often in combination with hypnotherapy. Drug counseling is also possible with the integration of psychotherapeutic methods. Hypnotherapeutic methodology is the predominant method for obtaining data on the history of the patient’s main personality, followed by suppression of the characteristics of marginal personalities. Also, hypnotherapy has proven its effectiveness in identifying previously unrecognized/unmanifested personalities, which in turn allows the emergence of the possibility of working with them. After all, some of these unmanifested personalities may be prone to suicidal or aggressive patterns of behavior. Therefore, knowledge of this enables the therapist to prevent the tragic consequences of these manifestations. Hospitalization may be necessary in some cases.

Would you like to get rid of dissociative disorder and start a new life? Contact and we will help you!