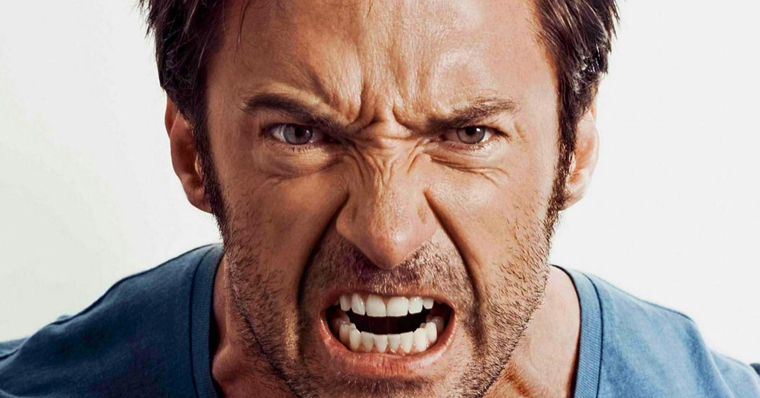 When we talk about anger, we mean an emotional response of an explosive nature. Such an emotional reaction primarily reflects an unconscious assessment of the current situation associated with a sense of injustice. Assessing the degree of injustice naturally depends on subjective standards on the one hand. On the other hand, we have pronounced abilities (or inability) to self-regulate this type of reaction. The ability to self-regulate anger is most likely a social skill, although lately references to spiritual qualities have appeared in the literature. Given that anger usually manifests itself already in the current situation, it is easy to understand that it is a reaction of the body to mobilize to get a quick reaction. You can trace the chain of intensity of the emotional reactions of the efferent mechanism to an external stimulus. At first, a person may be disappointed. Then often comes resentment. With an increase in the degree of “heat” of resentment, irritation appears, then anger. With the intensification of anger, a person can control this emotional manifestation and move his source away from himself, or he may succumb to a violent desire to manifest this same anger. Here we are talking specifically about anger. With the intensification of anger, aggression towards the visible source is possible and only in extreme cases can we encounter a completely uncontrollable rage. So the increase in emotional intensity may look like this: If you see this pattern as an increase in the degree of the thermometer, then it is easy to imagine how the degree of emotional reaction increases in the direction of the perceived source of injustice. Most people with a more or less normal efferent reaction (normal neuro homeostasis) do not bring themselves to manifest uncontrolled affect. There are many mechanisms of self-regulation, when a person already begins to feel anger towards the object of injustice. The restraining factor in our society is still the fear of sanctions, the fear of consequences, and not socially developed and / or spiritual qualities. Although here we are talking more about pathology, rather than about the naturally manifested characteristics of social experience in society.

Having gone through the whole gamut of emotions – disappointment, resentment, irritation and anger – a person with impaired neuro homeostasis begins to experience autonomous  bodily sensations (increased heart rate and breathing, sweating, agitation, or even overexcitation, impaired coordination of movements), the normal course of intellectual processes is disrupted, which can cause tunnel consciousness (a person sees only a goal in front of him). This is the result of an adrenaline rush. The body is mobilized to the possibility of a quick reaction. It is important to distinguish between varieties of such a strong emotional reaction. Physiological effect is caused by one situation that traumatizes the human psyche. With impaired neuronal homeostasis, an explosive reaction occurs. Self-regulation is possible. Cumulative effect is usually the result of accumulated anger after a prolonged traumatic experience. Quite often, seemingly calm and balanced teenagers after long episodes of school bullying emotionally explode and cause significant damage to classmates. If the consequences of the disease with complications on the nervous system, or serious physiological abnormalities are present, then we are talking about a pathological affect. And finally, there is a fourth kind of affect – this is an interrupted affect. Interrupted affect is rather a sudden reaction, as a consequence of an unexpected emotional effect, taking into account the presence of neuropathology. As consequences, physical and mental exhaustion is possible. The use of hypnotherapy lowers the degree of emotional reaction and gives the victim a chance of self-control. However, this is not enough. It is necessary to instill the skills of self-regulation of emotional outbursts, that is, emotional control. It is only about the first two varieties of affect with a psychological genesis. The physiological basis of this disorder, unfortunately, is not amenable to hypnotherapy. In this case, psychiatric care is needed. However, there is good news. With a successful decrease in the degree of intensity of the entire emotional line – Disappointment >> resentment >> irritation >> anger >> anger >> aggression >> rage – the autonomic nervous system stops responding so much to an external stimulus. The physiological basis of the pathology is included only when the nervous system reaches the “anger” mark. The adrenaline rush begins, and the person begins to experience bodily sensations. If the degree of intensity does not reach the mark of “anger”, then there will be no bodily sensations.